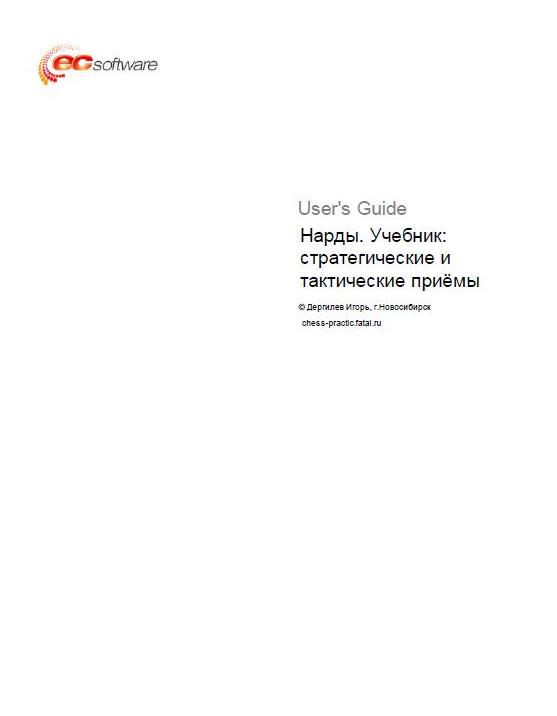 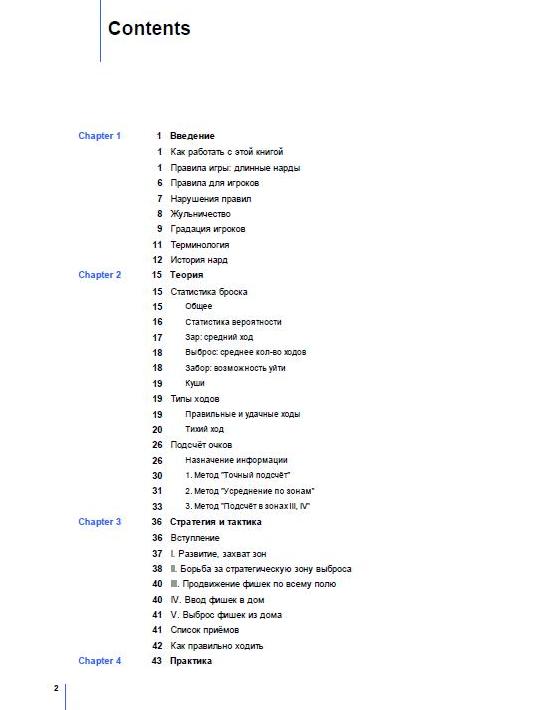 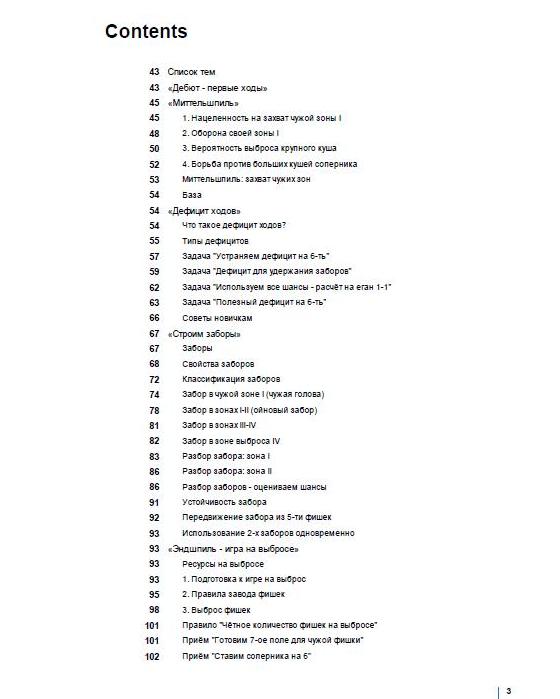 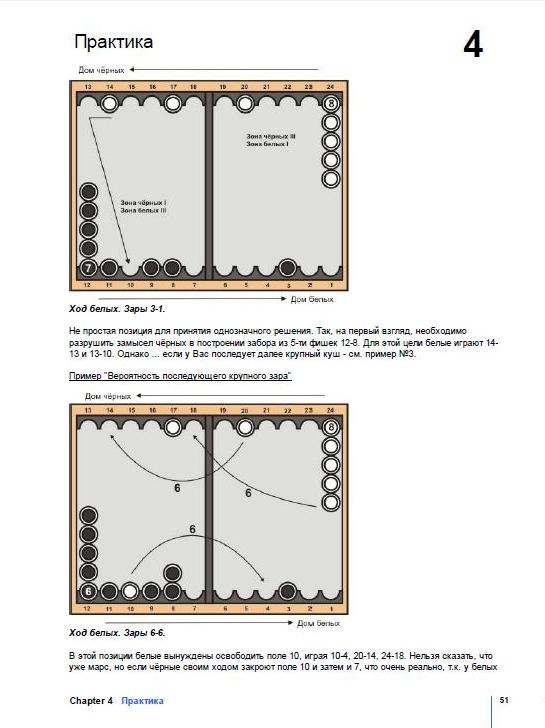 - Constants (and their dynamics) to account for the probability of dropping out later charge;

- Capture zones in the opening, middlegame, endgame, and the moments of transition;

- Possession of an initiative or a game on defense, playing the deficit moves.


Material written by analogy with the books on the game of chess, from simple to complex. You will notice many similarities in the game of backgammon and chess. And if you´re not new to chess, it will pass quickly the way to a strong player in backgammon.

In an Internet there is a demo version, chapter 1. You can look and learn.


P \\: If suddenly, casually, there are problems with hosting file storage, then please: send your request by e-mail and you quickly (1-3 hours during the day) will be sent to the book by e-mail.